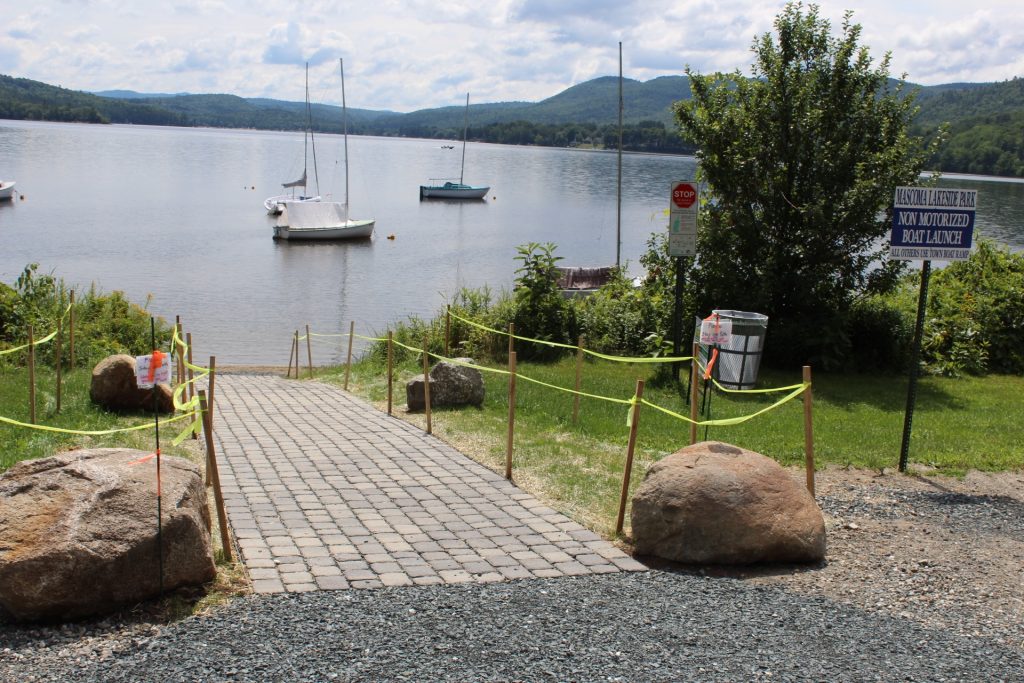 The Lake Access for Non-Motorized Boats and first picnic tables started the official park in July 2016. Thank you to the many volunteers who helped with the original clearing, temporary signs, constructed the picnic tables, and to the Town for hauling away the rubbish and placing the tables in time for the 2016 Old Home Days!

Since then the DOT has completed their landscaping and the Town has begun its fundraising to purchase the property (with private funds) so we can own and manage this beautiful lake with adjoining access to the rail trail to all of us!

The dream of a park on the shores of Lake Mascoma is finally becoming a reality in a cooperative effort with the Town of Enfield, Enfield Village Association, and NH Department of Transportation. The land adjoining the temporary bypass road, constructed as part of the rebuilding of Shaker Bridge, will soon become a lakeside park for all to enjoy.

In January of 2015, Plan NH conducted a charrette focused on the two lots owned by the NH DOT (the old motel site and adjoining lot) and now under long-term management by the Town of Enfield. The charette envisioned public restrooms, a pavilion, small amphitheater, bocce court, picnic grove with tables and benches, and a new non-motorized boat ramp. In April of 2015, a committee was created by the Selectboard to work on making the charette plans come to fruition.

The Mascoma Lakeside Park Committee has met monthly and hopes to have a new non-motorized boat ramp built over the summer months. The ramp will be constructed to DES specifications and prevent further deterioration of the shoreline from small boat launchings. Mowing of the second lot has been accomplished with yet more to do this spring (no trees to be removed). It is hoped that with donations, picnic tables might also be installed this summer.

The amenities proposed by the charette will be completely funded by private donations and grants. The Enfield Village Association is partnering with the Town of Enfield on this project and will serve as 501 C3 vehicle to obtain grant funding. The DOT will build sidewalks, do shoreline appropriate landscaping, and street lighting to match the lighting on the bridge. When complete, the Mascoma Lakeside Park will become the gateway to Enfield Village and a place for all to enjoy.

The Mascoma Lakeside Park welcomes donations for benches, picnic tables, and all other amenities. Checks may be made out to EVA (MLP in the Note) and sent to PO Box 763, Enfield, NH, 03748. Donations are tax-deductible. 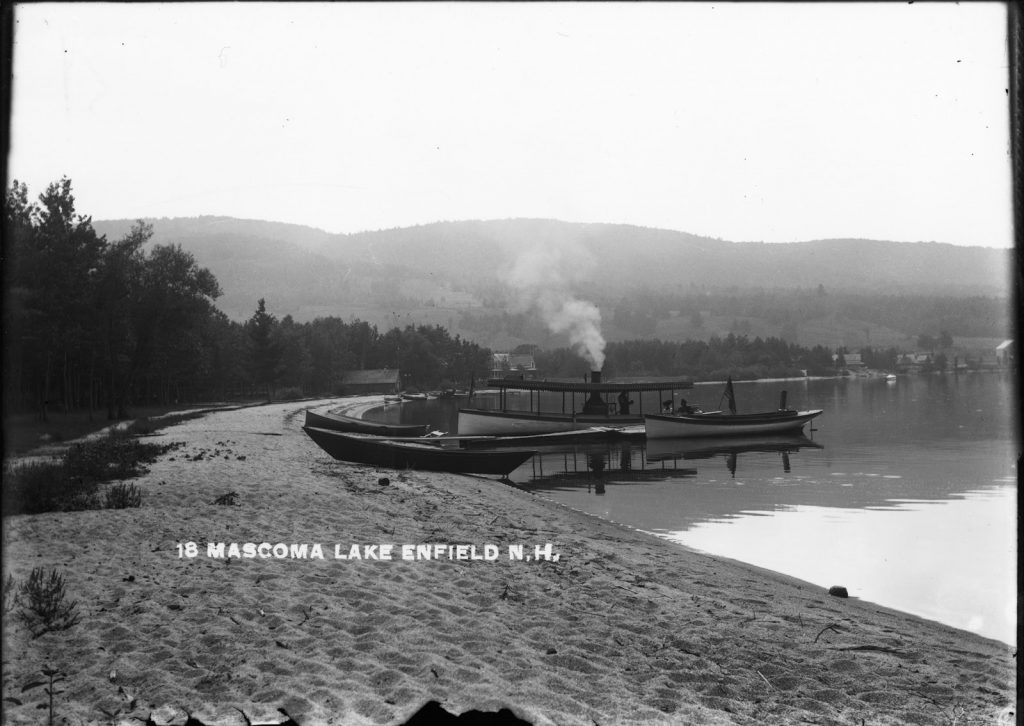 Click on the images below to get some background info on the park and to read the Frequently Asked Questions (FAQ): 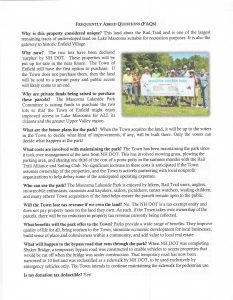 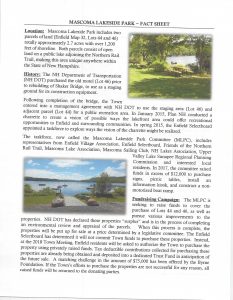